Last Thursday I attended my second Museum Meets: After Hours event at Manchester Museum. This time the event took place in the Ancient Egypt, Unearthed Egypt galleries and The Tales of the Nubians exhibition. We came a little late to the proceedings and quickly joined the advertsied 'candlelit' (torchlit) tour of the Ancient Egyptian section, which was more than a little over perscribed. Unlike the previous After Hours event this was over flowing with attendees, so at first it was impossible to even hear the tour guide and later we discovered that there had been over a 100 people on the tour, much more then they had expected. Obviously word it getting around about these little events. Word had also gotten out further and reached the families of Manchester, and I was a little disapointed to find quite a few children at the event, which spoilt the 'adult only' aspect that made the previous event so alering for the single twenty-something like myself, and therefore made it feel more like a standard visit to the museum. 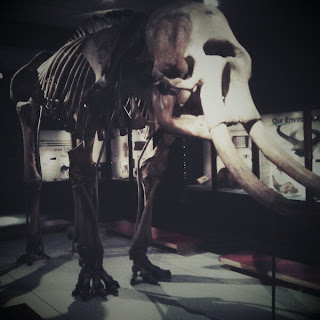 To be honest this second event had a lot to live up to, compared to November's I was a little unimpressed.  There was no obvious bar area and coat stand as you walked in and there was a lack of workshops to take part in. The events are free so I shouldn't really complain, and I also will most likely attend the next event in March, but I hope this time the event is more strict on it's 'adult' aspect and also has more interactive elements.